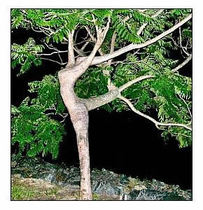 In contrast to a reductionism of the conventional allopathic medicine and its linear cause-effect therapeutic approach, Bioregulatory Medicine -as may also be named integrated medicine- offers an entirely different, yet innovative medical paradigm. It shifts the emphasis from diagnosing and treating diseases, towards facilitation of an individuals Health. Rather than dwelling on causality, the Bioregulatory Medicine facilitates an open and nonlinear flow of bio-information, which is capable of counteracting dysregulatory factors and activating self-corrective mechanisms or homeostasis. In simple terms, Bioregulatory Medicine restores and facilitates our innate ability for self-healing.The philosophical and operational platform for Bioregulatory Medicine is referred to as the Biomedic Health System. It is a uniquely integrated, multifaceted, process-oriented and above all, entirely Health-centered therapeutic system.Being conventionally trained medical doctors, Bioregulatory doctors also take detailed patients’ medical history on their first appointment, like any conventional GP would do. The difference between initial assessments is that doctors of Bioregulatory Medicine also focus on psychological and bioenergetic assessment, structural evaluation and analysis of nutritional deficiencies and toxicities; in order to identify additional dysregulatory factors involved in the process of pathological manifestations. However, the major difference between Allopathic and Bioregulatory Medicine is in the choice of therapeutic methodologies. While allopathy relays almost exclusively on techno-pharmacology, Bioregulatory Medicine employs variety of natural modalities and techniques, such as: nutrition, osteopathy, psychotherapy, acupuncture or homeopathy. The individual Bioregulatory treatment strategy greatly varies according to existing imbalances and bioindividuality, where each treatment is based on therapeutic methodologies that are the most indicated for homeostatic re-balance.
At the same time, one of the recent popular systemic appproach is today old and perhaps outdated, in fact psycho-neuro-endocrino-immunology (PNEI), has now at least to be integrated with the social components, or it would be a partial system.  Most of contemporary scholars agree that social components are critical to analyze, understand and modify many psychosocial disorders.  But often social components are underestimated or neglected in researches and studies, they are only mentioned.  So PNEI has to become SoPNEI or it loses some of its effectiveness.

Throughout history, a multitude of schools of thought and much research have discussed the relationship between mind and body. They have all contributed, with their theories and practical applications thereof, to the vast body of knowledge that forms the foundation of today's psychosomatic medicine. Psychosomatic medicine is the practical application of psychosomatology. Psychosomatic medicine of today represents a growing trend of integration between humanistic (psychology, sociology, philosophy, etc.) and somatic-medical determinants of life. Psychosomatology is an integrative research approach that studies the interaction between all the internal (genetic, neuroendocrine, immunological, etc.) and external memory and communication Traditional and Non-Conventional Medicines (TM/NCM) are slowly gaining ground in Italy despite the opposition of biomedicine which dominates the health and education system.systems (societal, cultural, psychosocial, etc.) of the human organism.    Among the experiments of integrated medicine , there has been the following: to explore treatments of severe post-kidney-transplant lung infection by integrative Chinese and Western medicine (ICWM), in order to elevate the curing rate as well as to lower the death rate. Based on conventional ways of Western medical treatments of 18 cases of severe post-kidney-transplant lung infection, such as putting the patients in single individual ward, antibiotics to prevent infection, respiratory machines, blood filtration, nutritional support, steroids, and maintaining electrolytes balance, we applied integrated Chinese medicinal treatments, like altering conventional prescription “pneumonia III”, and conducted clinical observation of effectiveness, and indexes including white blood cell (WBC), neutrophilic granulocyte, blood urea nitrogen (BUN), blood creatinine (Cr), etc.  Results: Of the 18 cases studied, 7 were already cured, 8 proved the treatment effective, 3 died. All clinical indexes had statistically significant changes compared with those of before treatment (P<0.01).Conclusion: ICWM can increase curing rate and lower death rate.