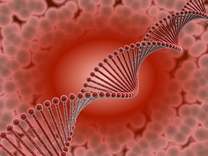 Sexology is the interdisciplinary scientific study of human sexuality, including human sexual interests, behavior, and function. In modern sexology, researchers apply tools from several academic fields, including biology, medicine, psychology, sociology, anthropology, criminology, epidemiology, statistics. Sexologists study sexual development, sexual orientation, the development of sexual relationships, and how they may change from one group to another or how they change in time, as well as the mechanics of sexual intercourse. It also documents the sexualities of special groups, such as the disabled, child development, adolescents, and the elderly. Sexologists additionally may study sexual dysfunctions, disorders, and variations.

The history of sexuality research over the last Century or so is not admirable; when science try to work about sexual behaviour problems come up from societies. When the two have come together, the results have been particularly troubling. For a Century after the development of sexology in the late 1800s, for example, medicine almost uniformly defined culturally unacceptable sexual behaviors as pathological and often as brain disorders. Suggested remedies for activities such as masturbation, homosexuality or fetishism included castration or hysterectomy, hormonal therapies, electroshock and other forms of ‘heterosexual rehabilitation.   Antonio Egas Moniz won the Nobel Prize for his development of the prefrontal lobotomy, which Walter Freeman in the US tirelessly promoted until it became a medical technique recommended not only for schizophrenia, but also for ‘hereditary defectives’ and ‘moral degenerates.’     Scientific inquiry into sexuality is among the most ethically charged of all behavioral research. All three Western Abrahamic religious traditions have developed systems of ethics based largely on the nature and types of proper sexual relationships, so sexuality is an almost "monopolised and forbidden" subject.  Current challenges to the legacy of those traditions, such as gay marriage or the debate over sex education curricula, are signifiers of deeper conflicts over basic values in society.  Sociologists, philosophers and historians of science have made it clear that the questions science poses, the theories it formulates and the problems it sees fit to explore are also products of a particular historical moment, which science both reflects and influences, but it is also clear that ethical and political questions are not the primary field of a scientist exploring why a person has a specific behaviour, what are brain mechanisms, etc.         Despite thoughtful caveats and cautions from its most prominent practitioners, history has shown us again and again that society tends to use science to reinforce the moral assumptions and biases of the cultural moment.  Time ago they were mainly religions that wished to give "the true interpretation" of sexuality, than theu were political movements that wished to decide what sexuality had to be (traditionalists, hippies, para-religious, etc.), today also lobbies and social groups, as feminist and homosexual, express the will to decide what sexuality is or has to be.  There is clearly a role for a thoughtful social neuroscience, where findings become part of considered policy making around controversial issues. For example, research into addiction has provided new perspectives and tools for policymakers willing to use them. But if scientists are not clear about the scope and nature of their work, eager policymakers can seize preliminary and speculative findings and implement programs unsupported by the science itself.    Neuroscientific research into sexuality is important, and the public must be made to understand that responsible science can help heal sexual dysfunction, understand behaviors that are socially destructive and illuminate truths about the nature of sexuality itself. The potential benefits of the advances in understanding the brain are great. It is therefore crucial that neuroscientists become involved in debates over the social, forensic and therapeutic implications of neuroscientific findings, BUT it has also to be clear that the main end of scientific research is to improve the knowledge about brain, behaviour, semeiology, therapeutic actions, and so on, it is NOT to decide what is "good-right" or what has to be socially allowed.  So as to explore atomic reactions did not force anyone to build bombs to destroy cities or nations.